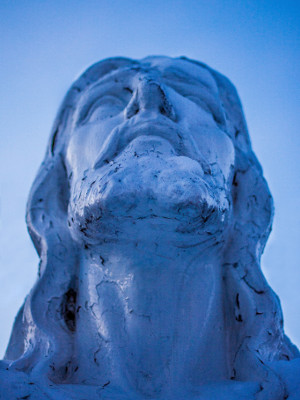 One question we get frequently is, "Is Jesus God?".  Let's answer with two points:
1.  Jesus claimed to be God
2.  Jesus backed up His claim

First,  Jesus was unique because He claimed to be God, more than once in the scriptures.  In one of the most prominent examples, in John chapter 8, Jesus had a conversation with the Jews:  "Jesus said to them, 'Truly, truly, I say to you, before Abraham was, I am.' So they picked up stones to throw at him, but Jesus hid himself and went out of the temple. (John 8:58-59)".  This passage is informative because it shows that the Jews knew exactly what Jesus meant.  They wanted to kill Him because of His claim to deity.

Two chapters later, the issue came up again.  Jesus said,  "The Father and I are one."  Once again, the people picked up stones to kill him . . . "We're stoning you not for any good work, but for blasphemy!  You, a mere man, claim to be God."  - (John 10:30, 33)
The Jewish people had a very high view of God, which is why the religious leaders wanted to kill Jesus when he made that statement.  Notice that He did not say, "You misunderstood me."

Then, secondly, Jesus backed up His claim by proving it with miracles.  His greatest miracle on earth was rising from the dead on the third day after He was crucified on the cross.  He demonstrated His power over death, and sealed God's victory over sin to bring us forgiveness.  Jesus' resurrection was witnessed by over 500 people.

The Resurrection is one of the best documented events of history.  Among the evidences for His resurrection are: His disciples were eyewitnesses and most of them were willing to go to their deaths rather than deny it, and former skeptics were convinced as well.  Also, there is the matter of the empty tomb: if the disciples didn't steal the body, then where is it?  No other theory has been able to debunk the public physical death of Christ.

Simon Greenleaf was a famous law professor in the 1800's, some of whose work is still in use today.  His students challenged him to examine the legal evidence for Christ's resurrection.  Finally, he traveled the globe, examining primary sources.  When he returned, he was a Christian!

Finally, we can leave with a thought from C.S. Lewis:

"I am trying here to prevent anyone saying the really foolish thing that people often say about Him: 'I'm ready to accept Jesus as a great moral teacher, but I don't accept His claim to be God.' That is the one thing we must not say. A man who was merely a man and said the sort of things Jesus said would not be a great moral teacher. He would either be a lunatic - on the level with the man who says he is a poached egg - or else he would be the Devil of Hell. You must make your choice. Either this man was, and is, the Son of God: or else a madman or something worse. You can shut Him up for a fool, you can spit at Him and kill Him as a demon; or you can fall at His feet and call Him Lord and God. But let us not come with any patronizing nonsense about His being a great human teacher. He has not left that open to us. He did not intend to."
– C.S. Lewis, Mere Christianity, pages 40-41.

Because Christ is God, He was the only perfect Lamb that was needed to be the atoning sacrifice to take away our sins.  An atoning sacrifice simply means that Jesus, our Savior, paid the legal penalty that we deserved before God to make up for the wrong things that were done so that we won't have to pay; indeed, we would be unable to.  "God made him who had no sin to be sin for us, so that in him we might become the righteousness of God. (2 Corinthians 5:21)".

Photo by Scott Rodgerson on Unsplash 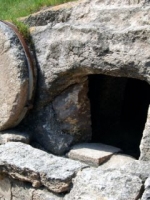 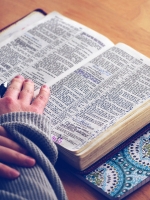 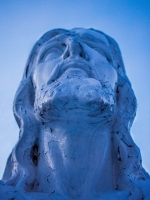 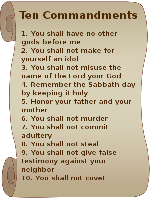