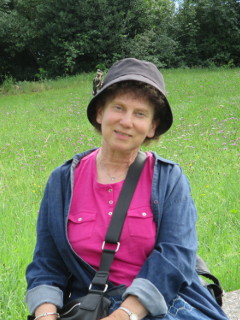 A couple of summers ago, I was attending a festival with family in the mountain community of Wrightwood, and lost my camera, which had some important photos on the SD card.  I continued to pray for over a year that someone might return the camera, even though it seemed impossible!   Finally, I decided to call my friend, Judy, who also believes in praying for seemingly impossible situations, and we prayed over the phone together.  After we had prayed, Judy declared, “I believe the camera will be returned to you very soon, and I believe God is going to do something much more than just getting the camera back to you.”

Just a few days later, I got an e-mail message from a woman named Janice, who had found my camera in Wrightwood on the day I had lost it.  She explained that recently she had thought about just throwing the camera out, as she didn’t really need it. She stopped short of doing this, however, as she believed God prompted her to look in a little pocket in the camera case which had my business card with e-mail address, and she sent me the message.

Needless to say, I was excited to meet Janice and see my bright pink camera with the SD card in it again!  As I drove up the mountain to Wrightwood a few days later to get the camera from her, I wondered what else God might do.  At our meeting, I was so happy to learn that Janice and I have several important things in common, and we talked for quite a while.

We both have a desire to let others know abo 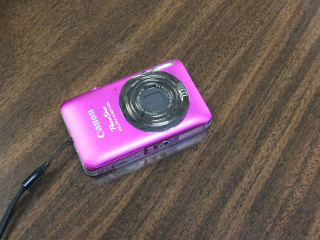 ut the life transforming power of Jesus Christ.  I often offer to people I meet a copy of the movie, JESUS, which is a very well researched film on the life of Christ. This film has had a profound impact on my life, as well as on the lives of so many others. Even though I attended church every week as I was growing up, it wasn't until I was an adult that I began to understand the incredible, sacrificial love of Christ for me. Viewing the JESUS film was one of the things that led to a deeper appreciation for who he actually is, and the wonderful purpose he has for my life. Janice was enthusiastic about receiving the Jesus Film DVD I offered to her that day, and said she would like to invite a friend over to watch it!  The film can be viewed for free, in any of more than 1,600 languages, at:  www.JesusFilm.org/watch

I believe God used both the prayers I had prayed over the course of a year, and also, especially, the faith-filled prayer of my friend, Judy, in bringing about this special meeting with Janice.  At the end of our visit that day Janice indicated that she believed our meeting was a "God Thing."  I tend to agree!