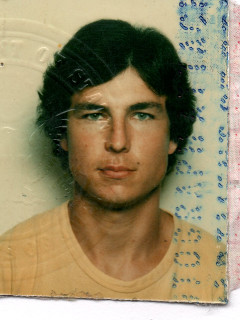 I was born in Southern California.  I am the youngest of 5 children.  Growing up, my family lived in many places and moved a lot.  When I was 12, my parents divorced.  Me and my older siblings all lived with my mother.  My father lived about 4 blocks away, but I rarely saw him; like being in a different world.   He didn’t support us; we were on our own.  I went to three different middle schools and graduated from high school.

Things weren’t good at home:  my mom’s boyfriend was verbally abusive to me and he drove me away.  Right after graduating from high school, I worked full-time at a hamburger stand, cooking and cleaning.  Sometimes, I slept in my car at the county park.  I ended up hanging out, smoking pot, and taking LSD with a new crowd of fake “friends.”  I quit my job for no real reason except probably hanging out with potheads, smoking, and taking drugs.  My attitude “sucked” and I ended up with two misdemeanors.  I was foolish.

I did a few other jobs for a few more years and ended up joining the Army at 21 years old.  I did very well in the Army, but they ended up letting me go; maybe they found out about my misdemeanors. 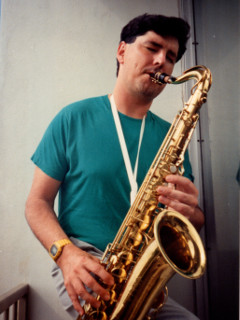 So, I went back to So Cal and lived with my mom and her boyfriend.  I got one of my old jobs back, but I quit after about 3 months to work another job. Then I would quit that job and find another job.  And so on.  Wanting to get away from the smog and do something different, I took a bus to Key West, Florida.  There, I worked odd jobs, and when I got a payday, ate shrimp and drank beer, and joined in the “scene.”  I went back to So Cal to work for another three months, then went back to Key West to hang out with stoners and party some more. Partying too much made me feel like I really was becoming a drunk, and that made me go back to So Cal to sober up.

Staying in So Cal didn’t last and I went back to Key West (again!).  I sold my truck to buy drugs intending to sell them so I could buy a saxophone; well, it ended up the drugs were fake!  Now I was a street person and I couldn’t buy a sax!  Mike, a Hare Krishna guy, let me sleep in a small tent in his yard.  He paid me a few bucks for doing some painting for him.  Later, after I left Key West and came back again, he ended up allowing around a hundred street people to live all around his house.

Well, all this time, even while in Key West, I was searching.  Women, drugs, booze,…is this it?  There’s gotta be something more.  The more I did, the emptier I felt.  I checked out different religions and even Hare Krishna, but they just didn’t seem right. Most people, it seems, don’t believe in a Hell.  I believed there was, even if I was sinning. 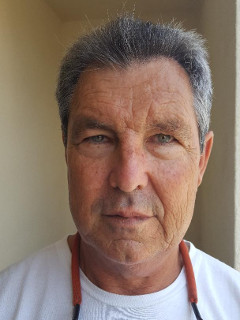 By summer time, most street people left town. I took a ride from a young lady who was staying there who was on her way back to Canada.  She had three children under 6 years old, she was pregnant, and she was all on her own.  By the time we got to New York, her truck broke down.  A group of Christians was driving by and helped us.  I joined them as they were going to a Christian women’s retreat center which they ran.  The pastor let me stay on the outskirts, I did some work for him, and I went to Bible study.  After dropping me at a bus stop in Albany, New York, he gave me the book “Run Baby Run” by Nicky Cruz, a former New York gang member. On the bus, I cried as I read Nicky’s story because of what he went through.  The bus took me to Cape Cod and I felt I needed help, but I didn’t know what.

At Cape Cod, a pastor ended up helping me.  He asked me, “Are you born again?”  I said, “Yes.”  I lied.  The pastor drove me to stay with a guy named Fred, an ex-marine, no-nonsense type of guy (a New Yorker) with a father’s heart, and he let me live in his garage and helped me to get a job as a plumber’s helper.  He treated me like a brother.  He gave me one of his old Bibles.  He took me out ‘clamming’ and we went to church every Sunday with his family. 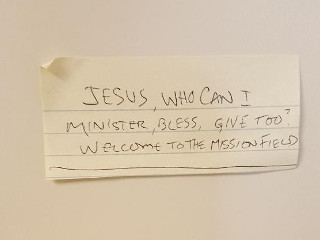 One day, in their garage, I said to Fred, “I want to be saved.” (He probably thought I was saved already).  So we prayed together and I accepted Jesus as my Savior and turned my all to Him.  It felt right.  “Yes! I’m not going to hell!”  I called up my grandma and told her that I was saved. I stayed with Fred’s family for a couple more months, then I went back to So Cal.  I was 25.

I ended up going back to Key West (again!), but stayed away from the people I knew before: the stoners, women, drugs, etc.  I rented a small cottage from the same Hare Krishna guy.  This time around, my old lifestyle just didn’t seem right anymore.

About a year after I was saved, I was helping out a guy in Myrtle Beach, SC at a moped rental business.  On the second day there, I was riding a moped at night and a car going at high speed hit me from behind.  I woke up 3 days later in a hospital.  When I awoke from my coma, my Mom said to me, “Jeff, you were in a big accident.”  I was told that I had traumatic brain injury and had to have a craniotomy (Google it) to relieve brain pressure.  Also, both bones snapped clean out of my lower right leg.  The left side of my body shook like I had epilepsy.  My sense of smell was gone.  I couldn’t talk normal as my speech came out garbled.  My teeth were chipped and I had scratches all over my back, hands, and feet. I wasn’t in any pain, which was kind of weird.  One eyebrow had been shaved off (I laughed when I saw myself).  I had a cast up to past my knee.  Boy, was I a mess! 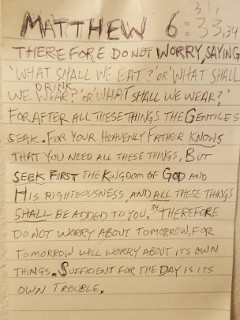 I stayed in the hospital for about two weeks.  With no insurance, there was no physical therapy or any other kind of treatment available to me; I couldn’t afford it.  I went back to California to go live with my Dad in Sierra Madre.  It seemed he and his girlfriend were always drunk and I felt it was a bad environment for me.  At the time, I started attending Lake Avenue Church in Pasadena, CA.  It felt like a good place.  I wonder if some people thought I was drunk because of my slurred speech?  About a year and a half after the accident, I had speech therapy, but it took me about 5 years for my speech clarity to come back.

I had to “escape” the poor environment at my Dad’s, so I took a one-way plane ticket to Key West (again!) to see if I could stay at a men’s Christian ministry which was run by a couple I knew; they allowed me to stay there for 4 months.  Then they sent me away on a bus to Set Free Ministries in Anaheim, CA and I stayed there for a couple of months.  For the remainder of the 80’s, I journeyed back and forth between So Cal and Key West, staying where I could for as long as I could.

At a church in Key West, I heard about Christ for the Nations Bible Institute in Dallas, TX.  I wanted to be a student there so that I could learn how to better share my faith with others. I wanted to love people and to talk to them about what Jesus did for me.  God changed me and I wanted people to know. I also handed out gospel tracts door-to-door.   My pastor gave me a bad recommendation and the school didn’t want me.  I was persistent, though, and they let me start on academic probation.   I made A’s and B’s and graduated with a 2-year degree in Practical Theology.

Dear Reader, Jesus loves you!  You need to receive Jesus into your life.  Turn over your life to Him (see Romans 10:9, 10).  Jesus changed me for the better.  He will change you, too.  Read the Bible and ask God to open up your eyes.  Love, Jeff.


Nowadays, Jeff works as a movie extra and does landscaping and volunteer work. He is very artistic and takes art and acting classes at Pasadena City College.